Enter your City name or Pincode

Kaithal is a historical city and municipal council in Kaithal district of Haryana. It was once part of Karnal District and later on of Kurukshetra District. On 1 November 1989 it became the headquarters of the Kaithal District of Haryana. The neighbouring cities of Kaithal are Patiala (Punjab), Kurukshetra, Jind and Karnal. It is located on North-West of the Haryana state. On its North-West boundaries it is attached to Punjab State. 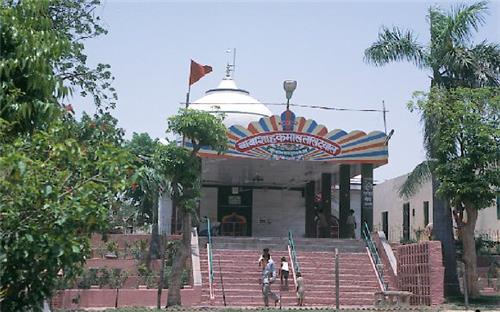 Kaithal was previously known as Kapisthal which means "Abode of Kapi". Kapi is another name of Lord Hanuman. Kaithal is said to be the birthplace of Lord Hanumana. The city has a temple dedicated to Lord Hanumana and named after his mother "Anjani Tila". Kaithal is believed to be founded by the Pandav Emperor, Yudhisthira of Mahabharata. Varous tombs and monuments of medieval era are clearly visible in this part of Haryana. Before attacking Delhi, Timur stopped here in 1398. Kaithal once formed part of Delhi Sultanate and later on of Mughal Empire. A fort was built during the time of Mughal Emperor, Akbar, it was a pargana, under the sarkar of Sirhind, and developed as an agricultural centre. Razia Sultana (1205 – October 13, 1240 aged 35), the only the first woman ruler of India was killed by killed here. In 1767 kaithal was taken over by Bhai Desu Singh. The Sikh Chieftains of Kaithal, ruled from 1767 till 1843. In 1808 kaithal came under British Influence. Kailthal was then under Scindhia dynasty of the Maratha Empire till Second Anglo-Maratha War of 1803-1805, after which British took over the region. Bhai Udey Singh was the last King of Kaithal. He died on 14 March 1843. It became a municipality in 1867. In 1901 Kaithal was a part of Karnal district. Kaithal was an active player in freedom struggle of 1857.

Kaithal is located at 29.8°N 76.38°E with an average elevation of 220 metres (721 feet). The climate of this place can be largely classified as tropical steppe, semi-arid and hot . The summers here are very dry with very hot summer. The winters are very cold. The monsoons are moist and humid. The summers starts from mid March to end of June. Then arrives the south west monsoon lasting up to September. Months from September to October forms the post-monsoon season . The winters starts in end of November to first week of March. Total population of Kaithal is 9,45,631 with 11.5% of the population under six years of age. The literacy rate is 80.76% with male literacy 87.65% and female literacy 73.07%.

Places of Interest in Kaithal

Kaithal has remains of many fort and several Muslim tombs of historic times. The Kaithal fort is among the most famous one. It was used by British rulers to control the entry of trade goods and other items. Tomb of Sheikh Tayyab is aanother famous attraction of this historic city. It is a 16th century tomb situated in Kaithal city near Railway line. It was constructed by Hazrat Shah Sikandar, the son of Hazrat Shah Kamal. The tomb built on a square plan is built in Pathan style architecture. The roof has a bulbous dome and a lotus flower finial rests on an octagonal drum-base. Gurudwara Neem Sahib is located at the Dogra gate, near Sivan Gate on the Cheeka Pehowa Road. It is dedicated to Guru Tegh Bahadur, the ninth guru of Sikhs. He is said to be stopped here on his way from Anandpur Sahib to Delhi. Gurudwara Topiyon Wala is situated in the middle of the city, the only temple where Guru Granth Sahib & Ramaayan are recited together. Other notable attractions in the city includes Gurudwara Manji Sahib located in Sethan Mohalla, near Hind Cinema. It is dedicated to the Ninth Guru, Guru Tegh Bahadur and is said that that after emancipating the sangat of the Malwa region, he arrived here from Baher. Tomb of Razia Sultana is situated in the north-western suburbs of the city. Pehowa Chowk has its own historic value is also known as "Nav Graha". It is situated in mid of the city with Aggarsain Shakti Peeth. Hanumaan Vatika is a big park with a large Hanumaan statue and a beautiful temple. At Shree Gyarah Rudri Mandir eleven Rudra were placed here before 5000s years ago. It is known for its architecture, art, beautiful scriptures and a big statue of Hanuman.

Kaithal can be easily reached by bus through Hisar. It has a good connectivity with Punjab by bus. Delhi is also easily approachable by National capital bus route. It also has good bus connectivity with Rajasthan. Kaithal railway station is located on Kurukshetra and Narwana line of Indian railway.

Kaithal at a glance

Comments / Discussion Board - About Kaithal